Hi! I'm E McNeill, a VR indie game developer. You might know my previous VR games like Darknet, the cyberpunk hacking puzzle game. I've also released Tactera and Skylight, two strategy games rendered in a "holographic" style. My latest game fits neatly alongside Tactera and Skylight, and I consider it a spiritual sequel, sort of like the finale of the trilogy. Today, I'm proud to introduce Astraeus, available now for Gear VR and Oculus Go!

Astraeus is a real-time strategy game (RTS) in which you control an asteroid mining corporation as it tries to take over the entire asteroid belt. Like all of my games, it's designed to be simple and quick to learn, but also full of hours of deep gameplay.

Astraeus is my biggest game yet. Some of that is just the nature of the gameplay; every mission involves controlling dozens of bases and hundreds upon hundreds of ships. (Generally, once you set your bases up, everything keeps working automatically, so the battles can get enormous without becoming overwhelming.)

But it's also my first game with a real story! The campaign in Astraeus guides you through a narrative written by the incredible Brandon Sheffield. You wake up on an asteroid mining ship, apparently as an AI constructed by ship's maintenance robot as a replacement for the captain (who, as a skeleton, is "not functioning properly"). Unfortunately, this news does not seem to have reached Earth, since your parent corporation keeps sending missions for the captain to complete. Earth is totally dependent on the resources you're mining, so you'll have to fill his shoes in order to stave off disaster.

In other ways, Astraeus is the culmination of everything I've learned from making my previous games. The procedurally-generated networks of bases are reminiscent of the computer networks of Darknet. The boiled-down RTS gameplay of bases that automatically construct units is similar to Tactera. The space setting and presentation is a lot like Skylight. And while Tactera's multiplayer system was real-time and Skylight's was asynchronous, Astraeus combines elements of both.

I'm curious to see how players will receive it, but personally, I feel like Astraeus is some of my strongest work yet. And it's a good thing, too; the VR space is getting more and more competitive, and my games need to keep getting better and better if they're going to stand out!

I'm always happy to answer questions or talk more about the game on Twitter or Facebook. Grab Astraeus on Gear VR or Oculus Go, and let me know what you think! 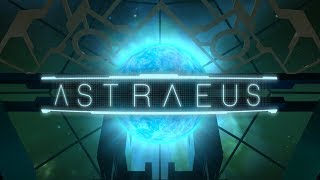